Who is Lord Kalki? 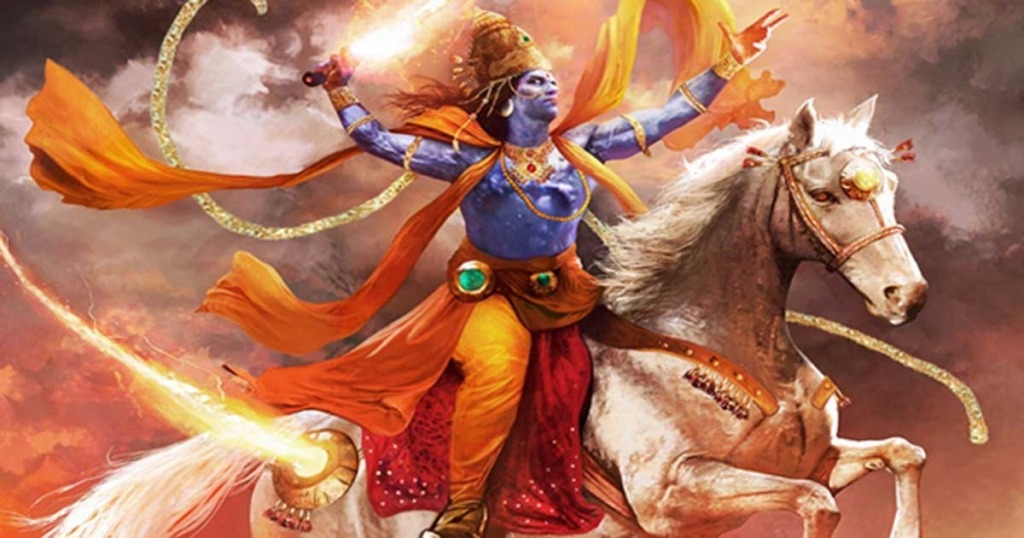 Information on the time, place, qualities, and the father’s name of the next incarnation of Lord Krishna is given here.

Lord Kalki will be the incarnation of Lord Krishna.

2. When will Lord Kalki appear?

He will appear at the conjunction of two yugas, at the end of the current Kali-yuga and the beginning of the next age, Satya-yuga. There are cycles of four yugas, namely Satya, Treta, Dvapara, and Kali which rotate like the calendar months. The present age of Kali-yuga lasts 432,000 years, of which we have passed 5000 years. Thus in 427,000 years time, Lord Kalki will appear.

Lord Kalki will ride at great speed on a white horse named Devadatta, completely effulgent, exhibiting His qualities as the Supreme Personality of Godhead.

4. Who will be the father of Lord Kalki?

Lord Kalki will be born to a learned Brahmana by the name Visnu Yasa.

In the Sambhala village, India.

6. What will be the purpose for Lord Kalki appearing?

7. Who are the Yavana and Mleccha?

8. What are the Vedic Principles?

“Those who are devotees of other gods and who worship them with faith actually worship only Me, O son of Kuntī, but they do so in a wrong way. I am the only enjoyer and master of all sacriﬁces. Therefore, those who do not recognize My true transcendental nature fall down.” (Lord Krishna, Bhagavad-Gita 9.23-24)

“Abandon all varieties of religion and just surrender unto Me. I shall deliver you from all sinful reactions. Do not fear.” (Lord Krishna, Bhagavad-Gita 18.66)

“Thereafter, at the conjunction of two yugas, the Lord of the creation will take His birth as the Kalki incarnation and become the son of Visnu Yasa. At this time almost all the rulers of the earth will have degenerated into plunderers.” (Srimad Bhagavatam 1.3.25)

“Lord Kalki will appear in the home of the most eminent brahmana of Sambhala village, the great soul Visnuyasa.” (Srimad Bhagavatam 12.2.18)

“Lord Kalki, the Lord of the universe, will mount His swift horse Devadatta and, sword in hand, travel over the earth exhibiting His eight mystic opulences and eight special qualities of Godhead. Displaying His unequaled effulgence and riding with great speed, He will kill by the millions those thieves who have dared dress as kings.” (Srimad Bhagavatam 12.2.19-20)

“My dear Thakura Haridasa, in this Age of Kali most people are bereft of Vedic culture, and therefore they are called yavanas. They are concerned only with killing cows and brahminical culture. In this way they all engage in sinful acts.” (CC Antya 3.50)

“When requested by their father to accept Sunahsepha as the eldest son, the elder fifty of the Madhucchandas, the sons of Visvamitra, did not agree. Therefore Visvamitra, being angry, cursed them. “May all of you bad sons become mlecchas,” he said, “being opposed to the principles of Vedic culture.” (Srimad Bhagavatam 9.16.33)