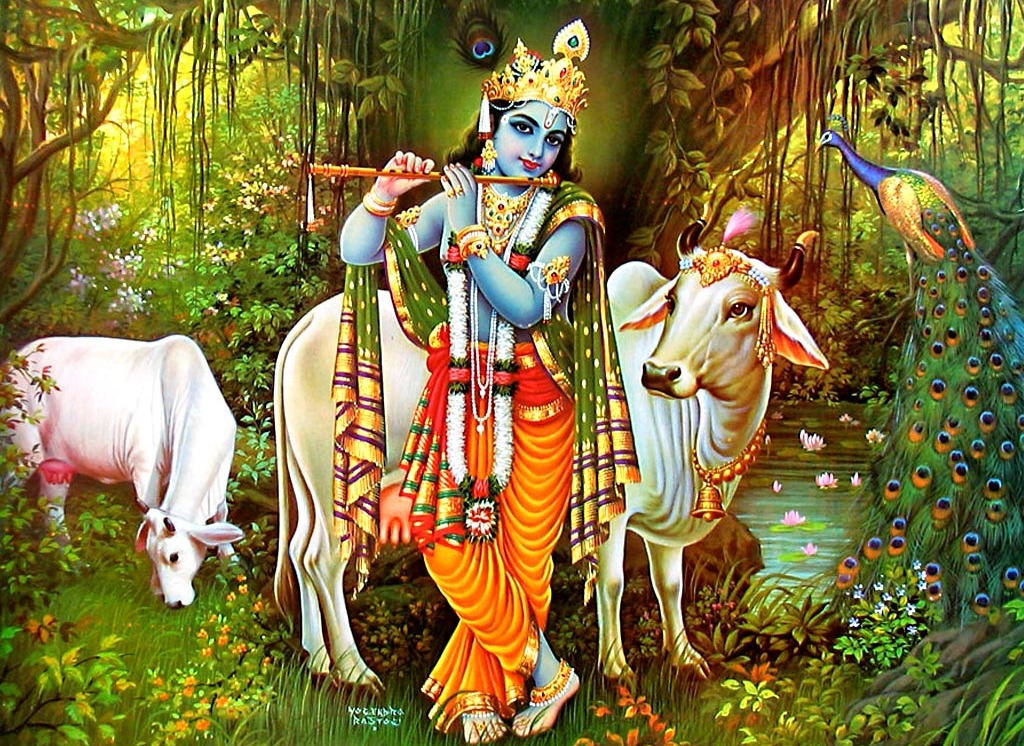 It’s only due to ignorance and deception that people follow different religions, for the true religion has to be eternal (Sanatan-Dharma) and the true God is eternal and thus He must have been seen and proven millions of times.

The Bhagavad-Gita, Srimad-Bhagavatam, and other Vedic scriptures have many proofs for Lord Krishna being God, and He has appeared and proved Himself as God, millions of times.

“I am the source of all spiritual and material worlds. Everything emanates from Me. The wise who perfectly know this engage in My devotional service and worship Me with all their hearts.” (Lord Krishna, Bhagavad-Gita 10.8)

“Furthermore, O Arjuna, I am the generating seed of all existences. There is no being – moving or nonmoving – that can exist without Me.” (Lord Krishna, Bhagavad-Gita 10.39)

“But what need is there, Arjuna, for all this detailed knowledge? With a single fragment of Myself I pervade and support this entire universe.” (Lord Krishna, Bhagavad-Gita 10.42)

The Bile God has never been seen. There is ZERO description and ZERO physical proof for the God of the Bible. This is because God can only be described in one way, for He is One, Lord Krishna.

Many Christians realize that God must be a physical person and not just a concept, but there is ZERO evidence for the Bible God personality, Yahweh. So they make the Guru into a God. They say Jesus was God. Based on many statements made by Jesus himself, he was not God, and he also calls those who ignore the real God as evil doers. Thus based on Jesus, those who make Jesus God, are evil doers. Such followers of Jesus are called false disciples of Jesus.

“Not everyone who says to me, ‘Lord, Lord,’ will enter the kingdom of heaven, but only the one who does the will of my Father who is in heaven. Many will say to me on that day, ‘Lord, Lord, did we not prophesy in your name and in your name drive out demons and in your name perform many miracles?’ Then I will tell them plainly, ‘I never knew you. Away from me, you evildoers!’ (Matthew 7:21-23)

It is very clear to those who have some spiritual intelligence that the God of the Quran is a declaration by humans and not self-declared. There is ZERO description and ZERO physical proof for the God of the Quran. This is because God can only be described in one way, for He is One, Lord Krishna.

“Whoever claimed that (the Prophet) Muhammad saw his Lord, is committing a great fault, for he only saw Gabriel in his genuine shape in which he was created covering the whole horizon.” (Sahih al-Bukhari 3234)

The above means that the founder of Islam never saw the God of the Quran. This is because, the seen and proven God can only be one, Lord Krishna.

Those who cannot describe God are called Godless. Following those who have not seen God is called blind faith. Accepting anything without physical proof is foolishness.

Only one entity has very clearly declared Himself as God