Skip to content
Home/Nature/Must We Kill In Order To Live?

Must We Kill In Order To Live? 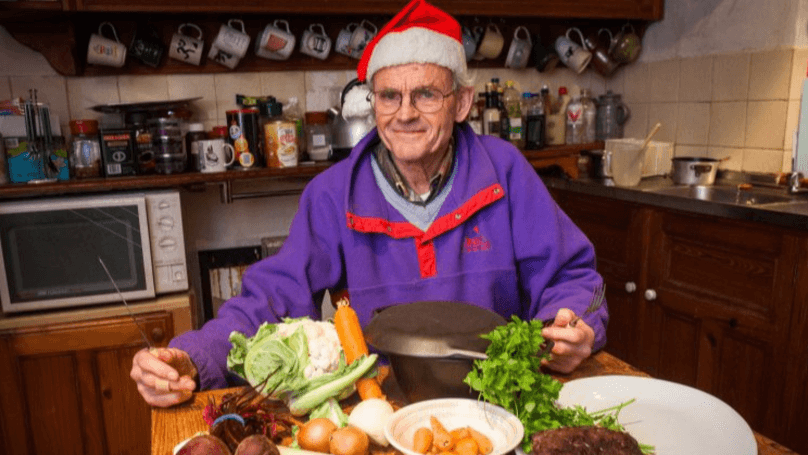 Vegetarianism, known in Sanskrit as Shakahara, was for millions of years a principle of health and environmental ethics throughout India. The recently created ideologies and ignorance have eroded these ethics.

Click here for a pdf file explaining why we should be vegetarians
Please distribute this file to others to promote the truth. Select, right click mouse and select “save link as”.

Vegetarianism, known in Sanskrit as Shakahara, was for thousands of years a principle of health and environmental ethics throughout India. Though Muslim and Christian colonization radically undermined and eroded this ideal, it remains to this day a cardinal ethic of Hindu thought and practices. A subtle sense of guilt persists among Hindus who eat meat.
The Vedic religion is the only religion which preaches vegetarianism, as a way to live with a minimum of hurt to other beings, for to consume meat, fish, fowl or eggs is to participate indirectly in acts of cruelty and violence against the animal kingdom.

The meat-eater’s desire for meat drives another to kill and provide that meat. The act of the butcher begins with the desire of the consumer. Meat eating contributes to a mentality of violence. India’s greatest saints have confirmed that one cannot eat meat and live a peaceful, harmonious life. Man’s appetite for meat inflicts devastating harm on the earth itself, stripping its precious forests to make way for pastures. How can one who eats meat practice true compassion by eating the flesh of an animal to fatten his own flesh?

A vegetarian diet does not include meat, fish or eggs. For good health, even certain vegetarian foods are minimized: frozen and canned foods, highly processed foods, such as white rice, white sugar and white flour; and “junk” foods and beverages-those with abundant chemical additives, such as artificial sweeteners, colorings, flavorings and preservatives.

Vegetarian families have far fewer problems than those who are not vegetarian. If children are raised as vegetarians, every day they are exposed to nonviolence as a principle of peace and compassion. Every day they are growing up they are remembering and being reminded to not kill. They won’t even kill another creature to eat, to feed themselves. And if they won’t kill another creature to feed themselves, they will be much less likely to do acts of violence against people.

When a man realizes that meat is the butchered flesh of another creature, he must abstain from eating it. You must not use your God-given body for killing God’s creatures, whether they are human or animal.

The greatness of a civilization and its moral progress can be measured by the way, in which its animals are treated. The Hindus are by far the most peaceful humans that ever existed on this Earth.

The cow gives us milk, without which we cannot survive. From birth, we depend on milk for our good health and our survival. For the first 3 months, we drink the milk of the cow through our mother and then directly for the rest of our lives. How can you kill a mother, which nourishes you with good health for life?

Reasons to Be a Vegetarian

Millions of meat-eaters have made the personal decision to stop eating the flesh of other creatures. Here are some major motivations for such a decision.

Your consciousness at death will determine your next body
If you have eaten animals (meat) all your life, your final thoughts will be that of animals, you will take birth in the animal kingdom. If you have lived a life of charity and generosity (helping people), your final thoughts will be that of helping people, you will take birth on one of the heavenly planets.

“The living entity in the material world carries his different conceptions of life from one body to another as the air carries aromas. Thus he takes one kind of body and again quits it to take another.” Lord Krishna (Bhagavad-Gita 15.8)

“Whatever state of being one remembers when he quits his body, that state he will attain without fail.” Lord Krishna (Bhagavad-Gita 8.6)

Ahimsa, the law of non-injury, is the Hindu’s first duty in fulfillment of his religious obligations to God and God’s creation as defined by the Vedic scriptures.

All of our actions including our choice of food have karmic consequences. By involving oneself in the cycle of inflicting injury, pain and death, even indirectly by eating other creatures, one must in the future experience in equal measure the suffering caused. If you eat animals now, you build bad karma, which will result in punishment in the future. This is guaranteed. The law of Karma is a reality.

Food is the source of the body’s chemistry, and what we ingest affects our consciousness, emotions and experiential patterns. If one wants to live in higher consciousness, in peace and happiness and love for all creatures, then he cannot eat meat, fish, shellfish, fowl or eggs. By ingesting the grosser chemistries of animal foods, one introduces into the body and mind anger, jealousy, fear, anxiety, suspicion and a terrible fear of death, all of which are locked into the flesh of butchered creatures. For these reasons, shakaharis (vegetarians) live in higher consciousness and mansaharis (meat eaters) abide in lower consciousness.

Medical studies prove that a vegetarian diet is easier to digest, provides a wider range of nutrients and imposes fewer burdens and impurities on the body. Vegetarians are less susceptible to all the major diseases that afflict contemporary humanity, and thus live longer, healthier, more productive lives. They have fewer physical complaints, less frequent visits to the doctor, fewer dental problems and smaller medical bills. Their immune system is stronger, their bodies are purer, more refined and skin more beautiful.

Those who eat flesh are far more likely to contract cancer than those following a vegetarian diet are. Meat-eaters ingest excessive amounts of cholesterol, making them dangerously susceptible to heart attacks. Many scientific studies have concluded that eating meat can seriously damage your health.

Planet earth is suffering. In large measure, the escalating loss of species, destruction of ancient rain forests to create pasturelands for livestock, loss of top soils and the consequent increase of water impurities and air pollution have all been traced to the single fact of meat in the human diet. No single decision that we can make as individuals or as a race can have such a dramatic effect on the improvement of our planetary ecology as the decision to not eat meat. Many seeking to save the planet for future generations have made this decision for this reason and this reason alone.

The simple fact is that to produce 1 lb of meat, it requires over 18 lbs of grain/soybeans and many gallons of water. Millions of animals are breed for meat production, if they were not breed and the vegetation was used to feed people. There would be no poverty in the World.

Which would you choose; 1 lb of meat, which involves killing and maybe disease (cancer, heart or mad cow) Or 18 lbs of grains, soybeans, many gallons of water with no killing and good health?